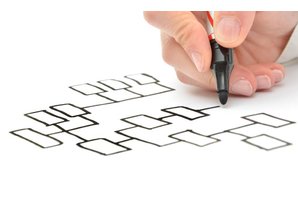 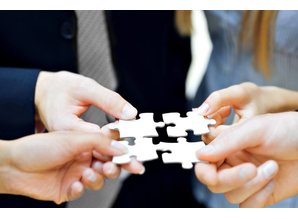 Why a Holding BV?

In the event that a claim arises in Daughter BV, the assets of Holding BV cannot be seized. After all, this is not a contracting party to the claiming party. It can also be ensured through Holding BV that the available bank balances in Daughter BV are low, because they are transferred to the Holding BV. The transfer takes place on the basis of, for example, paid (interim) dividend, a charged management fee or rental costs and the like.

If you want to sell your activities in the future, having a Holding BV structure is a must. You can then easily sell the shares of the relevant Daughter BV, after which the sale price will be received in your Holding BV. This transaction is exempt from corporation tax due to the application of the participation exemption. This means that the Holding BV does not have to pay tax on the sales profits of the subsidiary.

A major advantage with a share sale is that the company as a whole, with all rights, obligations and brand names, is transferred to the buyer of the shares.

If you do not have Holding BV, an asset - liability transaction must take place upon sale. The BV then sells the relevant assets - liabilities to the buyer. The compensation that is received for this is charged with corporation tax. If, at 1 BV, you nevertheless choose to sell the shares of this BV to the new owner, the income for you is taxed with Income Tax /  Dividend tax at a rate of 15%.

If an entrepreneur decides to set up a Holding structure, he actually starts two BV companies. The first is the so-called Daughter-BV, the other the Holding BV. It is often stated that 1 BV is not a BV, based on the spread of risks and assets. With 1 BV this spread over several BVs is not possible.

In addition, the entrepreneur can set up a Beheer BV, this is often done if there are many assets with a high value. The Beheer BV is often placed between the Holding BV and the Daughter BV in the company structure. The Beheer BV owns all assets (buildings, patents, company cars). Beheer BV leases these to Daughter BV.

A pension provision or savings accounts can also be placed in the Holding BV for the director (s). This provision is kept out of the activities of Daughter BV in this way, which means that no seizure is possible.

The aforementioned divisions are aimed at ensuring that the company can continue to exist in bad times. After all, the assets are in a different BV than the Daughter BV. In the worst case, the entrepreneur mus decide to dissolve the Daughter BV, and can start with another Daughter BV.

Please bear in mind that in the event of bankruptcy there is a liability risk for the shareholders / directors if there is any kind of fraud of intentional mismanagement, and if there have been dividend payments that are higher than the BV could bear.

As a result of the participation exemption, the Holding BV does not have to pay profit tax on the profits received from Daughter BV (dividend). Otherwise there would be double taxation. For exampel the first time at the level of Daughter BV when profits are earned, and the second time when the profit is transferred to the Holding BV. This is of course not desirable, so that is why we have the participation exemption in the Netherlands. This ensures that the advantages and disadvantages of subsidiaries are not included in the taxable profit calculation of the Holding BV.

It is also possible to classify the Daughter BV and the Holding BV as a fiscal unity for the Corporate Tax. In this way, the Tax Authorities actually regard the 2 BVs as 1 taxpayer. All revenues and costs are added together, and the transactions between the Daughter BV and Holding BV are not taken into account. In this way 1 financial statement and 1 Corporate Tax declaration is compiled instead of two.

Keep in mind that with more BVs you have more costs for compiling the annual reports and declarations than with 1 BV.

We can set up a Daughter BV and Holding BV for you in accordance with your wishes. We map out the activities that the Holding BV and the Daughter BV will perform and will advise you on the optimum structure. The structure of such a structure is customized, there is no standard solution. Good advice is therefore crucial. Contact us for an informal conversation.

Consultations on setting up company

The first meeting is free, only a registration fee will be charged which will be substituted with a possible formation of a company. It also ensures that customers who sign up for a consultation appointment will actually appear.  During this meeting
More info » €0,00
Back to top
My account
Customer support
Payment methods